This blog’s purpose is not to comment on current events, but I felt impelled to say a word or two on the sexual abuse scandal that has recently come to light within the Church in the USA, as well as in England.

Corrupt priests are nothing new, and it should come as no surprise to those who know Church history. In times when discipline and morals become lax priests fall into sins of simony, fornication, sodomy, pride,… There is nothing new under the sun. I don’t say this to lessen the gravity of the sins committed; I’m only pointing out the obvious for those who might think this is something “new”. While hearing about these things always saddens and grieves me greatly, it does not surprise me. I am not surprised, not because I think there is something wrong with the Church’s structure (as some seem to believe is the origin of this crisis), but because I believe in concupiscence and the scars of Original Sin. If one doesn’t fight the good fight, if one does not cooperate with grace, should it be any surprise that one falls into vices and sins of all sorts? As a saint (whom I can’t recall) once said “if you are not advancing in the spiritual life, you are moving backwards”. 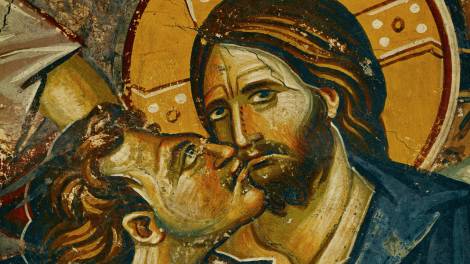 In the Old Testament the prophets constantly warned about corrupt priests, about how they were leading the people into sin and how they were also a punishment for the people’s infidelity. I don’t see why such situations would be limited to the Old Covenant. If one looks at the state of the Western world, the mass apostasy that has been going on for years now, the iniquitous laws that have been passed in formerly Christian countries enshrining sins that cry out to Heaven, how can one say that we have been a faithful people? Should we be surprised that in our laxity and indifference we have brought forth Judases? These unfaithful members of the clergy become Antichrists of sorts, scattering where they should gather, wounding where they should heal, hindering the spreading of the Gospel by their disgraceful conduct. It is almost as if they have forgotten Our Lord’s words on those who scandalize the littlest ones that believe in Him, or how it is the Gentiles who abuse authority (which is not to be the case among His disciples).

I’m reminded of this section of Chapter LXIV:

But if (which God forbid) the whole community should agree to choose a person who will acquiesce in their vices,and if those vices somehow become known to the Bishop to whose diocese the place belongs, or to the Abbots, or the faithful of the vicinity, let them prevent the success of this conspiracy of the wicked, and set a worthy steward over the house of God. They may be sure that they will receive a good reward for this action if they do it with a pure intention and out of zeal for God; as, on the contrary, they will sin if they fail to do it.

While it refers to the election of an wicked abbot, does it not have something to say to this particular situation in which the Church finds itself? Should it not give us pause?

This past Sunday’s Introit appeared to speak to this issue:

Look to Your covenant, O Lord, forsake not forever the lives of Your afflicted ones. Arise, O Lord; defend Your cause; be not unmindful of the voices of those who ask You.

It seemed to me to be the prayer on the lips of those whose lives have been damaged/destroyed by those whom should have been their shepherds, their spiritual fathers.
Being a novice oblate of a Benedictine community whose charism is that of making reparation for the sins of priests, this news has reinforced in my mind the necessity of Silverstream and places like it. While we do pray at home on two specific days for priests in particular (on Wednesdays to St. Joseph, asking for his protection; on Thursdays, making reparation), I wonder if we could not do more.
The current news should not embitter us, nor push us away from the Church or our priests. Rather, it should remind us that we are one body, and that we are not saved without one another. We know that there will always be, until the Second Coming, tares growing among the wheat. If we want holy priests, we must pray for them and we must make reparation for their sins and negligences (as well as for ours). It should be an occasion for us to grow in charity as well as to give some form of witness. And if you can, give a priest you know a copy of In Sinu Jesu.